Only the Brave is directed by Joseph Kosinski and stars Josh Brolin, Miles Teller, Jennifer Connelly, and Jeff Bridges, among others. The premise centers around the Granite Mountain Hotshots, an elite firefighting crew in which 19 out of 20 of them died in 2013 fighting the Yarnell Hill Fire in Arizona. Based on true events, the story does not necessary focus on the tragedy itself, instead focusing on the history of the hotshots. It focuses specifically on Eric Marsh, the leader of the crew, played by John Brolin. We see him as he tries to get his crew upgraded from a normal fire fighting crew to hotshots. It also focus on Brendan McDonough, a new recruit on the hotshots. After dealing with drug addiction, getting arrested for stealing, and learning that he’s going to be a father, he decides to clean up his life by joining the crew.

In addition, the movie show the hotshots fighting various fires, we see the deep brotherhood the men have for each other, the stress the job places between the men and their wives, and just how terrifying fires can be. Thanks to special effects, there are many scenes where the camera is up close to a fire and it creates a thrilling experience. The movie illustrates how dangerous their job is and yet shows how they love doing it. You can’t help but smile seeing these men saving towns, enjoying what they do, and seeing the close bonds between them. It also shows the local culture very well. What makes the movie unique is its format. The movie is like a combination of a western, a drama, and a thriller. It’s overall unique approach to its storytelling helps out the film.

However in the last 15 minutes, that’s when the tragedy occurs, and when that happens, it’s like a giant punch to the gut. The movie ends on a sombering, somewhat bittersweet note. The acting from Josh Brolin was fantastic and Miles Teller also put in a good performance. What holds back the movie is the somewhat uneven directing. Some scenes were too short (like a some of the action scenes) while others went on for too long. But overall, Only The Brave is a good movie and is a respectful tribute to the men of the Granite Mountain Hotshots. I give this a 70%. Here’s the trailer and a quick interview with Josh Brolin.

Murder On The Orient Express is directed by Kenneth Branagh and stars Kenneth Branagh as world-famous detective Hercule Poirot. As this story is based on a famous book, some of you might know the story already. For those who don’t, the story revolves around Poirot as he travels on The Orient Express, a luxurious European passenger train in 1934. After a murder occurs onboard the train, it’s up to him to solve the crime and find out who did it. The other passengers are played by Willem Dafoe, Judi Dench, Johnny Depp, Josh Gad, Michelle Pfeiffer, and Daisy Ridley, among others. As someone who never read the book, I went into this knowing nothing.

The story is great, for which I give more credit to original author Agatha Christie than screenwriter Michael Green. Branagh, the star and director does a great job in both areas. His character is rather witty, but also serious. The pacing of this is near-perfect and the mystery aspect both is well done and surprisingly emotional. It also has an old-school feel to it. The story doesn’t feel modernized at all and the sets, as well as the costumes are beautiful to look at. The cinematography was well- done as well and was actually shot on film, not digitally. It all adds up to very good, old-fashioned Hollywood movie.

However, I would’ve liked if the film focused a little bit more on the other characters and not Poirot. The tone is also uneven. The 1st act is almost a witty comedy, but it abruptly changes to a serious drama after the murder. In addition, while the sets are great, the backgrounds are mostly computer-generated and they simply look very fake. 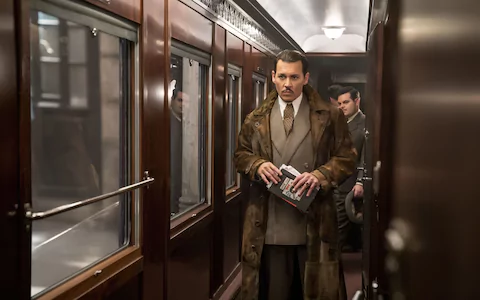 But on the whole, this is an enjoyable mystery with good directing, good performances, and beautiful set pieces. It also has a nice, old-fashioned feel. If you miss the way Hollywood made movies back then, then you’ll appreciate this. However, I’ll note that this isn’t the first movie based off the book. The original Murder On The Orient Express came out in 1974 and starred Albert Finney as Poirot, along with Lauren Bacall, Ingrid Bergman, and Sean Connery, among others. While I haven’t seen this version, some of the critic reviews I read of the new one remarked that this original version was better. So I will show the trailers for both versions and you can decide on which version you’d rather watch. As for the new one, it’s great and I give it an 80%.

Second set of a Double feature

Heart Beat Theme Song~ Come to the Table, by the Sidewalk Prophets